The Museum is opening on Sunday 29th November, Sunday 6th December, and Sunday 13th December 2020. It will be closed for the remainder of 2020, until February 2021.

With social distancing, we can only have 2 people and 1 volunteer in the Research Room and up to 4 people in the Exhibition space during each time slot between 2pm and 3:15pm and 3:30pm and 4:45pm.

Book your timeslot by email only at heidelberg.historical.society@gmail.com. This applies to our members as well as to the public.

Face masks are required to be worn inside the Museum. You will be required to leave your name and phone number as per Victorian Government regulation.

To Mask or Not To Mask 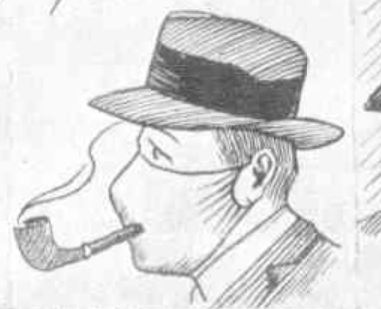 To mask or not to mask? Just as today, during the 1919 influenza epidemic there was conflicting advice about wearing masks. New South Wales made the wearing of masks compulsory on public transport and in the open, but masks were not compulsory in Victoria unless you were in an enclosed space with more than 20 people. 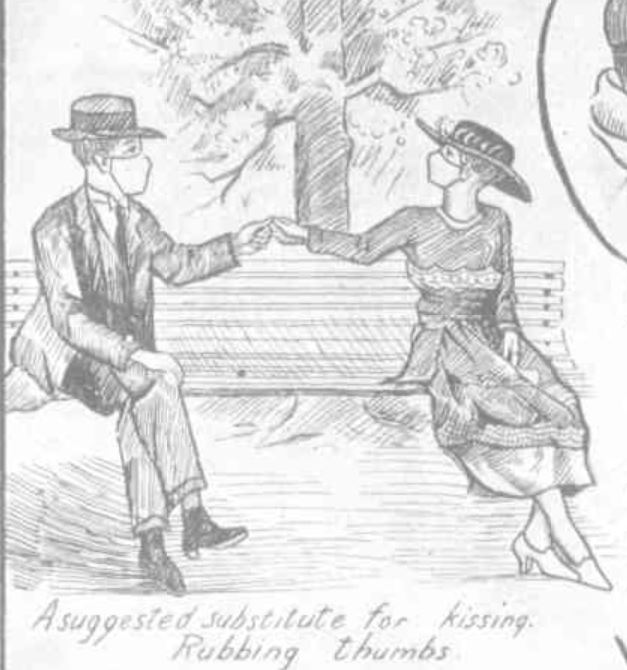 As with the coronavirus pandemic today, regulations were tightened and then eased. At first hotels could remain open as long as they didn’t have more than 20 patrons, but as the epidemic became worse, in mid February all hotels within 15 miles of the GPO were closed- so there goes Heidelberg! Billiard rooms were closed at first but they later re-opened as long as they only had three players per table (2 players and 1 marker) and no spectators. Local sporting events were cancelled but VFL football proceeded. The roofed grandstands were not used, and “excessive numbers” were not to be admitted. “Excessive numbers” were defined as a group of more than 20, leaving less than 25 superficial feet available for each individual.

In Heidelberg, the Protestant churches held outdoor services, but the Catholic churches were conducted inside, with the congregants wearing masks. At any public meeting, as soon as the twentieth person arrived, everyone had to put on their masks. All picture theatres were closed, and very few public events proceeded. This was particularly painful when the ‘welcome home’ events for soldiers returning from WWI had to be cancelled. 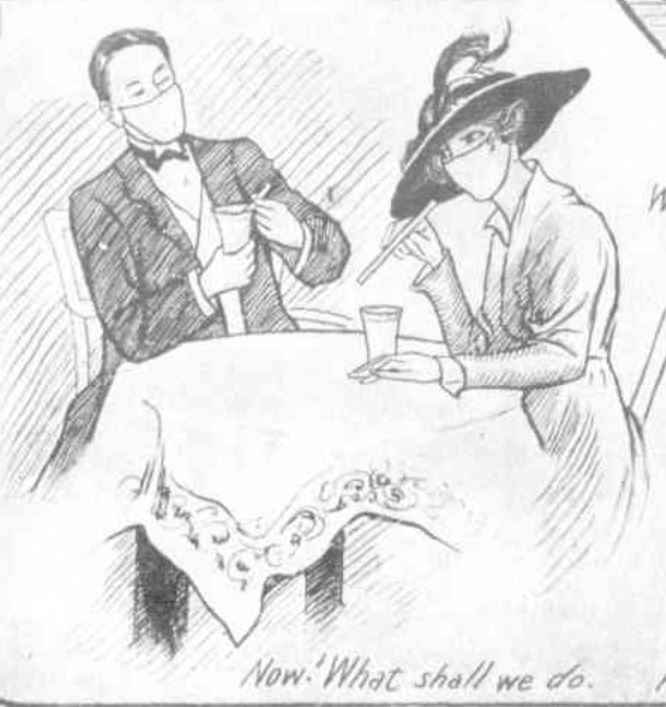 As the first wave of influenza abated, the restrictions were lifted probably more quickly than we will see this time. The hotels opened on 4 March; racing, schools and churches opened on 8th March and picture theatres opened on 10 March as long as they were not overcrowded and the patrons wore masks.

And the outcome? Well, a second wave hit Melbourne in July and August, although by then the response was more at a state, rather than council level, as it had been in Jan-Feb 1919.